This Dino has the right idea 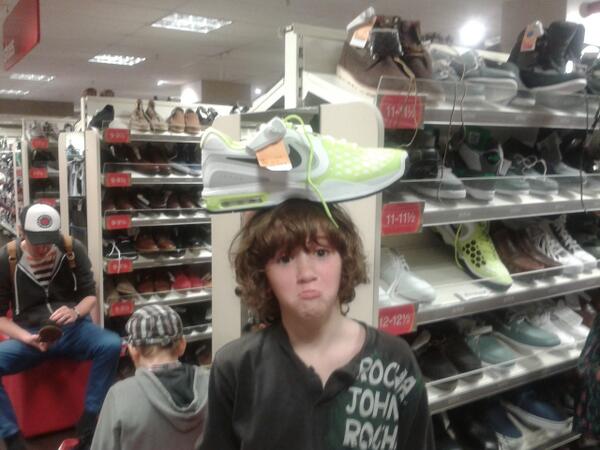 Posted hours before the season finale 🙂

George writes an article for the Onion, and it’s hysterical! No spoilers for anything past The Rains of Castamere.

in case you didn’t know, all GRRM twitter accounts out there are fake. He only has a live journal because he is old school. He also writes on a dos machine not internet capable.

The Real-Life Events That Inspired Sunday’s Game of Thrones Episode
Read the full text here: http://mentalfloss.com/article/50927/real-life-events-inspired-sundays-game-thrones-episode#ixzz2VPEV4dDA
–brought to you by mental_floss! This one actually gives me a happy, considering the episode, we needed this one, thanks coiaf.tumblr.com

Visit HappyPlace’s Facebook wall for the Rains of Castamere

GRRM reacts to Show watchers reacting to Rains of Castemere. Thanks TeamCoCo.com

Video – Cello Cover of GoT theme – Break of Reality

Tee Morris is one of the Writer Guests of Honor for TuacaCon 2011 (along with Nathan Lowell and Philippa J. Ballantine).

Tee Morris has been writing adventures in far-off lands and far-off worlds since elementary school. Inspired by numerous Choose Your Own Adventure titles and Terry Brooks\\™ Shannara series, he wrote not-so-short short stories of his own, unaware that working on a typewriter when sick-from-school and, later, on a computer (which was a lot quieter\\¦that meant more time to write at night\\¦) would pave a way for his writings.

Podcasting MOREVI led to the founding of Podiobooks.com and collaborating with Evo Terra and Chuck Tomasi on Podcasting for Dummies. It also won acclaim and accolades for his first solo title,Billibub Baddings and The Case of the Singing Sword, the podcast winning a 2008 Parsec Award for Best Audio Drama. While writing Fantasy is his passion, his journalism chops were still called upon when commissioned to write articles for BenBella Books\\™s Farscape Forever: Sex, Drugs, and Killer Muppets and So Say We All: Collected Thoughts and Opinions of Battlestar Galactica. He was also tapped to write All a Twitter, a definitive guide to working with Twitter. With his diverse background in Science Fiction, writing, and Social Media,Tee has hosted presentations at venues across the country and around the world including The Library of Congress, BlogWorld, CREATE South, and Te Papa Tongawera.

Tee has now returned to writing fiction with The Ministry of Peculiar Occurrences series, written with his wife, Pip Ballantine. When Tee is not creating something on his Macintosh, he enjoys a good run, a good swim, martial arts (which he will start up again, someday), and putting together new playlists to write by. His other hobbies include cigars and scotch, which he regards the same way as anime and graphic novels: \\I don\\™t know everything about them, but I know what I like.\\ (And he likes Avo and Arturo Fuente for his smoke, Highland Park for his scotch!) He enjoys life in Virginia alongside Pip, his daughter, and five cats.

Beyond The Wall, Podcast, Television

I mentioned on the podcast how I was following some people on twitter that were acting out the characters from the show, and we were asked for a link to a list of these people.  The list is every growing and there is a lot of fun going on, but I warn you, SPOILERS are in these tweets.

If you want to follow the characters you can at http://twitter.com/#!/list/KatjaKat/westeros-inhabitants this is not a list I made, but it is the same list I follow.  I have followed a few of the individual characters too because they crack me up, my first two follows and favorites were LadyAryaStark and SuddenlySandor

Have fun, interact with these characters, they do respspond back, and enter at your own risk, it’s totally spoillery, but if you read the books, then spoilers away.

Articles, Beyond The Wall, News, Television

BTW Article – Game of Thrones – How to be a Fangirl/boy

Hi, Nuchtchas here. On the Beyond The Wall podcast I claimed to be the resident Fangirl, so I thought I would help out other aspiring fangirls and fanboys.  How do you become as obsessed as me? Simple, read each of the books a few times, listen to all the podcasts, even the podfaded ones, talk incessantly about the series with anyone who will listen to you for at least six years, scour the net for every bit of information you can find and start naming your pets after your favorite GoT characters.

Is that too much? Probably too much to do before next week’s episode, so let’s start small.

On Twitter you can follow @GameOfThrones the official HBO twitter account for the show. They do a great job of promoting the show, of course, and will keep you informed about cool items such as the food trucks, iron throne sightings and rickshaws, fan art (and more!).

Next there is @Westerosorg, run by the same people that run the site mentioned above and sanctioned by George R. R. Martin himself.  They are going to be good about not giving spoilers but will also help with fun facts, links and information.  As a matter of fact as I was getting ready to watch the premiere I tweeted a question about the swords used in the show to them and they answered me right back.  That was pretty awesome, I’m sure they get many tweets a day.

GUIDE Here you just have the map and the basic houses with the characters you will see in the series.  It’s good for those of you just getting started.

GRRM stands for George R.R. Martin. It’s how we fans refer to him, mostly because of his “Not a Blog” where he writes about football, the series, writing and whatever else suits his fancy. He vowed over a year ago that his Not a Blog would be spoiler free for the new fans and he expects his fans to respect this wish and keep the comments free of spoilers.  He even has his assistant Ty check for those.

He also has his main website HERE. Yes, it looks like it was coded in the 90’s and for a very good reason: it was. You may encounter some spoilers there, so tread lightly.

WESTEROS (SPOILERS AT SITE, not in the description below)

http://www.westeros.org – This site has more information on the heraldry of the houses then anywhere on the internet. It also hosts the Wiki of Ice and Fire and one of my favorite features, “So Spoke Martin,” where they have collected quotes from interviews from Martin or through direct correspondence with the author.  There are forums and a host of other features, including a MUSH (yeah, they still have that) and the site runners have claim to be the source that George R. R. Martin uses for fact checking his own world.

http://winter-is-coming.net – This site was created after talk of a HBO series first started.  Focuses on news and rumors around the television series. Read enough and you’ll find some indirect spoilers.

TOWER OF THE HAND

http://www.towerofthehand.com – Tower of the hand is an extensive source for information on the books.  You can click on each book you’ve read and customize your experience to where you are in the series.  They have chapter by chapter descriptions and will help you gain an encyclopedic knowlege of the series, or at least give you a place to look up the facts you need.  If you register there are more features available, more customization too. (While you can find spoilers, this site is geared to protect you from them).

http://www.hboforum.com – Of course HBO would want to have a forum right there on their own site.  Here you can chat with other fans and get involved in some of the ARG produced by HBO. (I would hope this is to be kept somewhat spoiler free).

Yeah some of those sites can get intense.  But when you consider how long some of the fans have been following the series, it’s not much of a surprise.

Mark Jeffrey is author of “The Pocket and the Pendant,” a novel geared towards young adult readers. Mark self-published the magical realism-themed story in paperback form on Lulu.com, and then followed it up with a free audiobook on Podiobooks.com that he narrated himself. The audiobook became an underground sensation, eventually getting more than 2 million downloads. He’s now leveraged that success into a book deal. The reworked, re-edited book is being published in hardcover form by HarperCollins, to be released May 1, 2011.

In his day job, Mark is CEO of the ThisWeekIn.com live-streaming and podcast network that he started with Jason Calacanis, Kevin Pollak and others.