Welcome to the second round up of game of thrones memes

We can’t forget this week’s facebook entry on happyplace.com 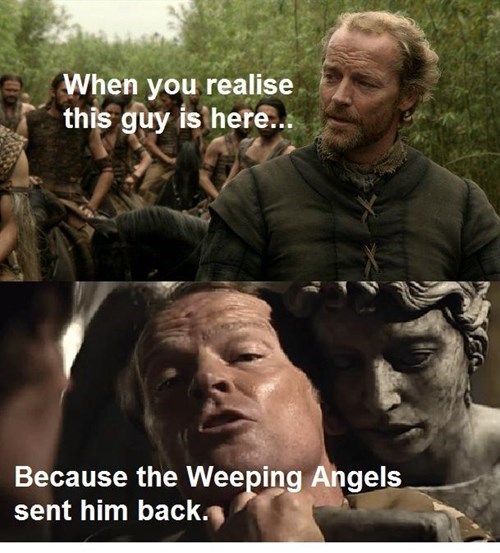 Of course we need some Doctor Who crossovers, since PG keeps spotting actors in the series.

The Bear and the Maiden Fair by Hold Steady

Now readers of the books have often wondered how this song goes, as it is laced through all of the books, you can’t go ten chapters without someone singing it or mentioning it, it’s more prevalent than lemon cakes. So fans have come up with their own versions from pure speculation.


My least favorite rendition, by Roy Dotrice in the Audiobook Storm of Swords

If Disney Made Game of Thrones, Dany’s Song